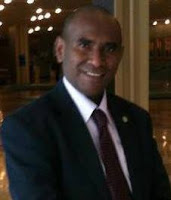 Through a recent Indonesian radio broadcast it was reported that three Indonesian Air Force Sukhoi fighter planes had arrived in Merauke in West Papua at the border with Daru in Papua New Guinea. This news follows Indonesia's announcement that more than 2500 Indonesian army personnel has been sent to the border region. Not uncoincidentally, the cruise ship Pog from a Freedom Flotilla, sailing from Australia to West Papua, is soon expected to enter the Merauke area. Despite the situation in West Papua being made more tense by the increase in troop numbers in Merauke, political, human rights and democracy activists in West Papua remain committed in their struggle through peaceful means and to their desire to make Papua a land of peace and not a war zone. A round of peaceful protests have been organised by various activists across several cities throughout West Papua. The next actions are planned for 13 and 16 September 2013, and are coordinated by a wide cross section of West Papuan groups: the West Papua National Authority (WPNA), National Solidarity of West Papuan Students (SONAMAPA), National Youth Front of Papuan Students (FNMPP), West Papua National Youth Awareness Team (WestPanyat), Indigenous Peoples Movement (GEMPA), Melanesian Women's Solidarity of West Papua (SPMPB), Fellowship of West Papuan Children (AWEPA), West Papua National Committee (KNPB), Organization of Papuan Political Prisoners (TAPOL Papua), Papuan Customary Council (DAP)and leadership of the Federal Republic of West Papua (NFRPB). These groups, together with the people of West Papua, call upon and urge the government of Australia, Britain, the United States and the other UN member states to conduct a form of intervention in mediating the process of self determination for the Melanesian people of West Papua. The West Papuan people also strongly condemn the violent behavior of the Indonesian military which continues to occur in West Papua. These public demonstrations also represent a public welcome and support for the yacht from the Freedom Flotilla coming to the West Papua homeland in peace.