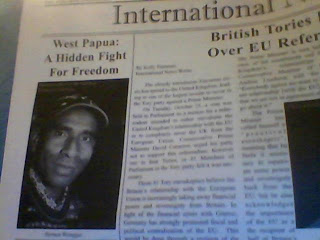 By Alex Cohen, Assistant Managing Editor,
The Official Business Publication of Seton Hall University
It is a struggle that is unknown to most Americans, despite the estimated 300,000 deaths it is thought to have caused. I certainly had no knowledge of the situation when I met Herman Wainggai this past summer at a seminar focused on refugees and asylum seekers. Nonetheless, the struggle of the West Papuan people over the last 50 years is a stirring human rights cause in modern times, despite receiving little media coverage in this country.
West Papua is located on the western half of New Guinea, the world’s second largest island, which is to the north of Australia. The eastern half of the island is a sovereign nation, Papua New Guinea.

The territory of West Papua had previously been owned by the Dutch, and when the Netherlands’ former colonies gained independence, Indonesia (a former Dutch colony) claimed ownership of West Papua. In 1969, West Papua was officially handed over to Indonesia after a vote known as “The Act of Free Choice.

” Indonesians claim it was an accurate portrayal of the people’s desire to be a part of their country, while West Papuan activists call it a sham referendum and accuse the Indonesians of intimidating and threatening voters. Activists also point out the lack of linguistic, ethnic, or cultural ties between the distinct Melanesian people on the island of New Guinea and the population in the rest of Indonesia.
In the period following the referendum, the conflict has been damaging for both sides. The Free Papua Movement and the Indonesian military have at times resorted to armed struggle, resulting in casualties on both sides. A 2004 study by Yale University states that “the West Papuan people have suffered persistent and horrible abuses at the hands of the Indonesian government….these acts appear to constitute the imposition of conditions of life calculated to bring about the destruction of the West Papuans.”
One specific example of this phenomenon is the jailing of West Papuan activists, including Herman Wainggai, who is currently in Washington, D.C. campaigning for his people’s freedom. He was arrested numerous times for his demonstrations, and claims that his life was threatened by police during interrogation. He credits his spirituality for his survival during this difficult period: “In my mind’s eye, the gun was a bible and I realized that whether I am in prison or anywhere else, I am never alone.” He also draws inspiration from his uncle Thom Wainggai, described as “West Papua’s Nelson Mandela,” who died in an Indonesian jail.
﻿﻿﻿﻿﻿After enduring his own stint as a political prisoner, Herman thought it would be best for his own safety, as well as for his people’s cause, if he were to flee his homeland and escape to Australia. What began as a solitary journey eventually included 42 other people in a motor powered double outrigger canoe. Failing engines and dwindling food supplies failed to stop the West Papuans’ journey, and they finally reached political asylum in Australia, which has been Herman’s sanctuary since 2005.

Today, Herman is a member of the West Papua National Authority ( Federated Republic Of West Papua ), a parallel government that separatists hope will become the recognized sovereign power following independence. He is also active in spreading the word of his people’s movement in his adopted home of Australia, as well as in the U.S. He calls on both countries to protest Indonesia’s actions; Australia in particular has been accused of cooperating with the Indonesian government as several Australian mining companies have operations in West Papua.﻿

Herman’s message for the people of America is the following: “The United States citizens need to be informed about the genocide that is taking place so they can challenge the government to step in and protect the rights of Melanesian people that includes the right of self-determination by indigenous people.” 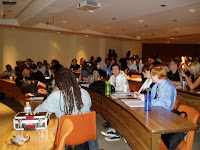 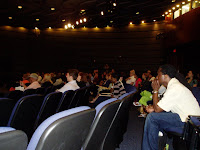