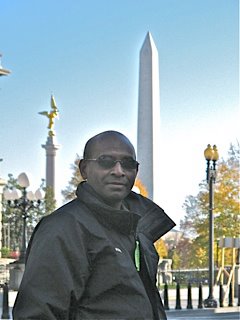 In 1969 the Act of Free Choice election was conducted in West Papua to ascertain if the Melanesian indigenous population preferred to remain a province within the nascent nation of Indonesia or become their own independent nation.  The election was fraudulent and participation by the indigenous people was nil.  Thus the voiceless West Papuans became a province of Indonesia and the victims of forty-seven years of oppression.  There have been over 400,000 indigenous people killed and over 100,000 are missing.  Indonesia has failed Melanesian Papuans, morally and democratically.

In July 2010, Melanesians once again marched in protest from Cenderawasih University to the Indonesian House of Representatives in Jayapura, demanding an end to the twice-rejected “Special Autonomy” bill.  The march included over 20,000 Papuan citizens and epitomized the ubiquitous sentiments that independence is the one and only acceptable solution for Papuans and an immediate halt to the human rights abuses is of the highest priority.  On Sunday, October 16, 2011, Indonesia was feeling threatened when the Third Papuan Congress, the permanent Melanesian governing body after West Papuan independence, met for an historic three-day meeting in Jayapura.  The Third Congress is the first governing body to gain comprehensive endorsement from the indigenous population as the representative of their nascent Melanesian nation. On Tuesday, October 18, Indonesia sent in additional tanks and troops to Jayapura and proceeded to arrest  three hundred civilians, all charged with the generic charge of subversion.
West Papuan Third Congress
October 16-19, 2011


The continuation of arresting and incarcerating nonviolent political prisoners since the 1980’s and the October 19, 2011 arrests of over eight hundred civilians during the Third National Congress, including my friends and colleagues Edison Waromi and Forkorus Yaboisembut, Prime Minister and President, respectively, will not deter Melanesians from their nonviolent struggle until we are practicing self-determination within a democratic framework, and are recognized, respected and supported by the international community. ( Herman Wainggai, Former West Papuan Political Prisoner).